Cellist Ariana Falk currently serves as Education Director for the Worcester Chamber Music Society and runs the Neighborhood Strings and ChamberFest Music Camp programs. She is a former Fellow at Community MusicWorks, the Providence organization committed to creating an urban community through music education and performance. She combines performance with a passion for forging new paths in teaching artistry.

Ariana received a Doctorate of Musical Arts from Boston University and Master of Music and Artist Diploma degrees from the Yale School of Music, where she was the recipient of the Aldo Parisot Prize. She received her Bachelor of Arts in English from Yale College. She has recently appeared as soloist with orchestras around North America, including Portland’s Columbia Symphony, the Olympia Symphony, Yale Bach Society, and the Banff Festival Orchestras. A recent review in Portland’s Oregonian said: “Falk was terrific; her tone was solid and appropriately dark, and she carefully calibrated her path from lyrically mysterious beginnings on to a blistering, biting climax.”

As a recitalist and chamber musician, she is a cellist with the Burlington Ensemble and has appeared recently as a guest artist on the Marlboro College and Longy School of Music Faculty Artist series, live on WGBH Boston and WVPR, with the Boston Modern Orchestra Project, and as cellist of the Worcester Bach Consort. She has collaborated with distinguished musicians including Menahem Pressler and Paul Katz. Notable past performances include appearances at Carnegie Hall, Jordan Hall, Sprague Hall at Yale and the Kennedy Center in Washington, D.C. In addition, Ariana has toured with the Grammy Award-nominated Yale Cellos, and her discography includes their most recent CD, “Cello, Celli,” featuring the music of Bach and Dave Brubeck (Naxos).

A passionate advocate for contemporary music, Ariana has premiered dozens of new works and is committed to performing and celebrating the music of our time. She worked with Joan Tower, was a member of the Norfolk Contemporary Ensemble, and gave the Heidelberg premiere of Luciano Berio’s Sequenza XIV .

Violinist Debby Greenebaum is our Program Manager and Community Liaison. Debby manages our Seven Hills Charter Public School site and our new Clark Street School site. With a Bachelor of Arts degree majoring in Violin Performance from the Oberlin Conservatory of Music and a Master of Arts in Education from Lesley University, Debby brings a wealth of knowledge from both the music and education fields. Debby received her Suzuki training at the School for Strings in NYC and worked as an intern with American violinist and music educator Roberta Guaspari Tzavaras, helping her prepare inner-city students for performances at Lincoln Center and The White House. Before moving to the Worcester area in 2009, Debby taught violin and chamber music at the Smith College Campus School and was the Director of Violin Programs in the Holyoke Public Schools and at the Conservatory Lab Charter School in Brighton. Having played with the Springfield and New Hampshire Symphonies, the Philharmonic Orchestra of New Jersey and the Philharmonia Virtuosi in NYC, she is currently Director of the Greenwood Music Camp’s Junior Camp and on the faculty of the Joy of Music Program in Worcester, MA. 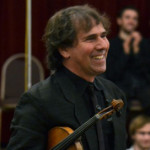 Rohan Gregory, violin – Rohan Gregory is a violinist that has cultivated a wide-ranging expertise in chamber music, new music and world music. He has played with the Apple Hill Chamber Players, the Ancora Ensemble and award-winning Boccherini Ensemble and was also a founding member for ten years of the Arden String Quartet, performing new music concerts in New York, Boston, Amsterdam and St. Petersburg, Russia.  He has recorded on for Centaur records.

Elizabeth Cook (cello) is a Boston-based cellist who grew up in North Carolina where she studied cello at the University of North Carolina School of the Arts with cellist Zvi Plesser. She obtained degrees from Mannes College, SUNY Purchase, and The Jerusalem Academy of Music and Dance where she studied with renowned cellists such as Marcy Rosen, Brooks Whitehouse, Julia Lichten, and Michal Korman. Elizabeth has had the privilege of participating in masterclasses with artists such as Gary Hoffman, Peter Wiley, Paul Watkins, Zuil Bailley, 8th Blackbird, The Orion String Quartet, David Finckel, and Wu Han.

In 2018 Elizabeth was awarded a Gloria Miner Fellow at the 2018 Sitka International Cello Seminar and performed as soloist with the Western Piedmont Wind Symphony in the “Music Beyond Borders” concert series which highlighted the stories of refugees.

Her passion for social change has driven her to serve in many places worldwide such as Sounds of Palestine, a music program for refugee youth in Bethlehem, and Children of Cambodia, a sponsorship program for orphans in Phnom Penh Cambodia. Elizabeth has spent six years in Palestine and Israel where she studied and taught cello to marginalized youth, including those living in refugee camps. Elizabeth created and co-organized the first Palestinian Cello Choir in 2021, which gathered 30 cellists from all over Palestine to perform together on a concert tour. 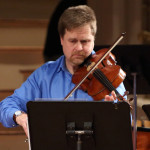 Peter Sulski, viola, has performed in over 30 countries as a member of the Apple Hill Chamber Players, London Symphony Orchestra, Academy of St.-Martin-in-the-Fields, Cyprus Chamber Orchestra, and Al Kamandjati Baroque Ensemble (Palestine). He returned to his native Worcester in 2002, after holding the position of Head of Strings of the Edward Said National Palestinian Conservatory.
Mr. Sulski is a founder and member of the Worcester Chamber Music Society, which performs over twenty concerts annually in the New England region. He is an educator with the society’s Neighborhood Strings, a free program for disadvantaged youth. Peter is also the founder of Chapel Royal Concerts in Brighton, England, now entering its 25th season, presenting over 40 concerts annually.

He currently appears as principal violist with Odyssey Opera, Camerata New England, and the Orchestra of Indian Hill.  Other chamber music activities include the Pedroia quartet, (along with Jae Lee, a founder of A Far Cry), the Chameleon Ensemble,  duo partnerships with pianists Yundu Wang and Jonathan Yasuda, Boston Musica Viva, Clark 2021 Contemporary Ensemble, and the Al Kamandjati Baroque Ensemble.

Other activities and professorships include Concert Master of  Bach Consort, specializing in baroque violin concertos, and positions at College of the Holy Cross, Clark University, Assumption College, and Worcester State University.

His viola was made by luthier Marten Cornelissen, opus 252 (1980), in Northampton, Massachusetts.