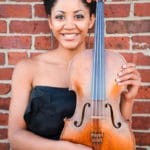 Ashleigh Gordon is Artistic Director and violist of Castle of our Skins,  a Boston-based concert and educational series devoted to celebrating Black Artistry through music. With Castle of our Skins, she has helped create thought-provoking concert experiences that blend music and spoken word with history and culture at the Museum of African American History and Roxbury Community College. As a teaching artist, she has co-designed and led educational workshops for over 1,000 youths in the Greater Boston area primary schools and community centers. In recognition for her advocacy of social and cultural awareness, she has given presentations at IDEAS UMass Boston and the North Carolina Governor’s School of the West; has been featured in the June 2015 International Musician Magazine, the Boston Globe and Improper Bostonian; and awarded the St. Botolph Emerging Artist and Charles Walton Diversity Advocate award from the American Federation of Musicians.

Ashleigh attended the International Ensemble Modern Academy (IEMA) at the Hochschule für Musik und Darstellende Kunst Frankfurt, a year-long program in Germany focused on the study and performance of contemporary music. As the sole IEMA violist, she studied and performed with members of Ensemble Modern with highlight appearances at IRCAM (Paris), Royaumont Abbeye (France), and the Zentrum für Kunst und Medientechnologie Karlsruhe (Germany). Continuing her new music passion throughout her summers, Ashleigh has participated in numerous festivals in Germany, Austria, France, England and North America including the Britten-Pears Young Artist Programme and 46 Internationale Ferienkurse für Neue Musik in Darmstadt, Germany studying with the Arditti Quartet, Ensemble Modern and Le Nouvel Ensemble Moderne among others. Along with receiving a Master of Contemporary Music degree from IEMA, Ashleigh received degrees in viola performance from the New England Conservatory and Baldwin Wallace University Conservatory of Music. Her primary teachers include Carol Rodland and Louise Zeitlin with supplemental solo and chamber music studies with Stephen Drury, Eric Rosenblith and Mai Motobuchi of the Borromeo String Quartet. She can be heard on chamber music and orchestral recordings under the Mode, Siemens, BMOP/Sound, Navona and Musiques-Suisse record labels. 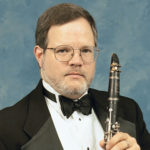 Active as an orchestral musician, recitalist, and chamber musician, clarinetist William Kirkley’s performances have been called “emotional, committed, and intensely exciting” by the Boston Globe. Mr. Kirkley has performed to acclaim with the Boston Symphony Orchestra, the Boston Pops Esplanade Orchestra, the Dallas Symphony, the Santa Fe Opera, and other ensembles throughout North America. Currently principal clarinet of the Cape Ann Symphony and the Lexington Symphony, he is a faculty mentor with the Gordon Symphony and is on the music faculties at Gordon College and Salem State College. Mr. Kirkley is a core ensemble member of Boston Musica Viva and the Auros Group for New Music, commissioning and recording works for clarinet and chamber ensemble. He has also performed with the Boston Modern Orchestra Project, the Harvard Group for New Music, and Brandeis New Music. He has given recitals and master classes at many colleges and universities in the Northeast, including the New England Conservatory and Harvard  University. 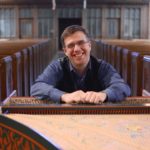 Andrus Madsen is an active performer on the organ, harpsichord clavichord and fortepiano. He studied organ with Doug Bush, harpsichord with Arthur Haas, clavichord and fortepiano with Peter Sykes.  He holds a BM degree in organ performance from Brigham Young University, an MM degree in musicology and MA and DMA degrees in harpsichord performance from the Eastman School of Music.  He currently resides in Newton, Massachusetts where he is the Minister of Music at Second Church in Newton.  He is the director and founder of the ensemble Newton Baroque, plays with Exsultemus, and appears from time to time with A Far Cry, and Open Gate.

He has spearheaded a project combining the forces of Newton Baroque and Exsultemus to perform the entire cantata cycle of Georg Phillip Telemann during the year of 2011. This project has employed many of the finer Baroque specialists in the Boston area.  Madsen is known for his eloquent Baroque style improvisation.  He strives to play written repertoire as if he is improvising, while his improvisations often sound as if they had been notated.  His recording of keyboard music by Pachelbel, has received significant critical acclaim.  “Superb recordings of superb instruments by a musician who deserves to be better-known.” (Michael Barone of pipedreams)  This album, played on organ, harpsichord and clavichord is available on Raven CD Recordings. 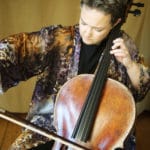 A founding member of the Naumburg Award winning Lydian Quartet, with whom she played for over twenty years, Rhonda Rider is now a member of the celebrated piano trio Triple Helix. Ms. Rider’s chamber music and solo recordings have been nominated for Grammy Awards and cited as Critic’s Choice in both the New York Times and Boston Globe. As a chamber musician she has won numerous prizes at Banff, Evian, Fischoff and Portsmouth Competitions. As a soloist she won the Concert Artists Guild Award as well as an Aaron Copland Recording Grant. She has performed at the Kennedy Center, Lincoln Center, Corcoran Gallery, Wigmore Hall (London), Symphony Space, Library of Congress, Los Angeles County Museum of Art and has been a guest artist with the Boston Chamber Music Society and St. Paul Chamber Orchestra Chamber Music Series. Dedicated to the performance of “new” music, Ms. Rider has premiered and recorded works by such renowned composers as John Harbison, Lee Hyla, Yu-Hui Chang, Bright Sheng and Elliott Carter.

Ms. Rider has given numerous masterclasses at schools including Yale School of Music, Oberlin Conservatory, New England Conservatory and Princeton. She has served as a panelist for the National Endowment for the Arts, the American String Teachers’ Association and Chamber Music America. She has also adjudicated at the Concert Artists Guild, Stulberg and Fischoff Competitions.

In 2010, Ms. Rider was named Artist-in-Residence at Grand Canyon National Park. Eleven pieces for solo cello were commissioned for her February and October residencies. The works were performed in fifteen concerts across the U.S. in a wide variety of venues from Boston and Dallas to Wupatki National Monument and rural New York State.

During the summer months, she performs and teaches at festivals including Music From Salem, Green Mountain and ARIA, and is the cello coach for the Asian Youth Orchestra in Hong Kong. Each June she holds a Cello Seminar dedicated to contemporary music in Salem, New York. This season she will perform across the US and Asia.

Ms. Rider holds degrees from Oberlin and Yale. Her teachers have included the renowned cellists Aldo Parisot, Zara Nelsova and Richard Kapuscinski. Her chamber music coaches have included Robert Koff, Simon Goldberg, Raphael Hillyer and Louis Krasner. She is currently the Chair of Strings and on the cello faculty at Boston Conservatory at Berklee and on the cello faculty of Boston University. 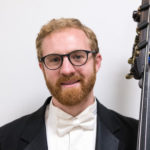