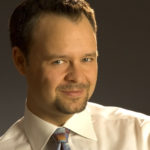 Aaron Engebreth, baritone, enjoys a varied solo career in opera, oratorio, recital and devotes considerable energy to the performance of established music and contemporary premieres, frequently collaborating with many of today’s preeminent composers. He has been featured as a guest soloist on stages from Carnegie Hall, the Kennedy Center and Boston’s Symphony Hall, to international appearances from Sapporo Japan’s Kitara Hall to Le Theatre de la Ville in Paris and the AmBul festival
in Bulgaria. He has been a guest of the Tanglewood, Ravinia, Rockport and Monadnock Music Festivals as well as many of the country’s fine symphonies, among them Portland, Virginia, San Diego, Charlotte and the Buffalo Philharmonic Orchestra.

Mr. Engebreth’s work with composer and conductor Lukas Foss cultivated a passion for premiering new works: he has since collaborated with composers Harbison, Larsen, Musgrave, Rorem and Pinkham, among many others. As an interpreter of
early music, he is a frequent soloist with organizations including American Bach Soloists, Handel and Haydn Society, Miami Bach Society, Boston Baroque, Boston Camerata and Santa Fe Pro Musica. He was a longtime soloist with Emmanuel Music,
for performances of Bach’s cantatas. Nominated for two Grammy Awards for Best Operatic Recording for his work with the Boston Early Music Festival and Radio Bremen (Thésée and Psyché, by Lully), he is in high demand as a recording
artist. He produced and recorded The Complete Songs of Virgil Thomson with Florestan Recital Project and New World Records, which is garnering international acclaim. Other releases: the world premiere of Six Early Songs of Samuel Barber and Larsen’s The Peculiar Case of Dr. H. H. Holmes, both for Florestan Records; Jon Deak’s The Passion of Scrooge with the Firebird Ensemble; The Complete Songs of Daniel Pinkham with Florestan Recital Project. With Gil Rose and BMOP and Odyssey Opera, Mr. Engebreth is featured on numerous recordings, among them Thomson’s Four Saints in Three Acts and Argento’s A Waterbird
Talk. 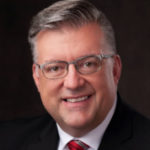 Mark Mummert is Cantor at Trinity Lutheran Church, Worcester, MA where he leads the worship music of the congregation, conducts the Trinity Choir, the Trinity Choristers, the Trinity Bells, and is the Artistic Director of the Music at Trinity fine arts series. Mark is also Assistant Director / Accompanist for the Worcester Chorus, directed by Dr. Chris Shepard.

Prior to moving to Massachusetts in 2016, he was the 2015 Distinguished Visiting Cantor at the Lutheran Theological Seminary at Gettysburg. He was Director of Worship at Houston’s Christ the King Lutheran Church, the home of Bach Society Houston (2008-2015). He was the Seminary Musician at the Lutheran Theological Seminary at Philadelphia (1990-2008), where he led the music for the daily chapel, conducted the Seminary Choir, and taught courses in hymnology, liturgical practice, and church music. His many musical compositions for worship are published by Augsburg Fortress.

As an organist, Mark has appeared at the conventions of the Societas Liturgia in Würzburg, Germany, the National conventions of the Evangelical Lutheran Church in Canada and the Evangelical Lutheran Church in America, the Association of Lutheran Church Musicians, the Institute of Liturgical Studies at Valparaiso University, and the American Guild of Organists (AGO). He served as the Dean of the Worcester Chapter of the AGO (2018-2020). Mark’s recording Reformation Chorales Reformed including organ works by Bach, Mendelssohn, Distler, and Clarke was released in March 2017.

As a harpsichordist and continuo group performer, Mark served on staff of the Bach Society Houston, playing in seven years all of the major passions and oratorios and many cantatas of Johann Sebastian Bach. Mark performs on his Zeidler & Quagliata harpsichord, built on a Portuguese model.

As a choral conductor, Mark led the Christ the King Lutheran Church Choir tour throughout Latvia, Lithuania, Estonia, Finland, and St. Petersburg, Russia (2013). His conducting of Arvo Pärt’s Passio in 2016 and the North American premiere of Robert Koolstra’s reconstruction of J. S. Bach’s St. Mark Passion in 2017 in Worcester has been highly praised by his peers. In 2019, Mark produced and served as organist for the New England premiere of James MacMillan’s St. Luke Passion with the Trinity Choir, Worcester Polytechnic Institute’s Festival Chorus, and the Worcester Children’s Chorus. In March of 2021, Mark is scheduled to conduct J. S. Bach’s beloved St. Matthew Passion on Palm Sunday with the Trinity Choir and Orchestra.

As a professional singer, Mark has performed with the Lincoln Center Mostly Mozart Festival, Worcester Chorus, Choral Arts Society of Philadelphia, the Bach Choir Houston, Houston Chamber Choir, CONCORA (Connecticut Choral Artists) and St. John’s Schola Cantorum. Mark is on the voice faculty at the Hanover Theater and Conservatory for the Performing Arts.